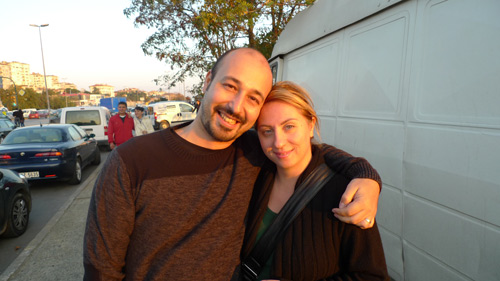 We remember when we tried to leave Istanbul and were standing in the wrong place. A friendly couple picked us up, taught us some Turkish, drove us to the harbor where we should take a ferry, insisted on paying for our tickets and then waved us good bye!

Chai or coffee?
All our drivers in Turkey have made us make one choice within 15 minutes of entering their car/truck:
“Would you like to drink chai or coffee?”
If it’s lunch time, they ask if we would like to eat with them.
They also always insist on paying for it. Always. No exceptions.

Do you want to stay in my home for the night? 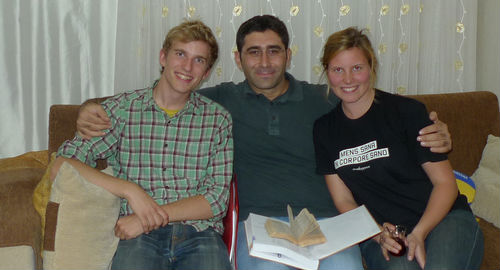 Ali was first out. He approached us when we were standing by the road that would take us out from Izmir to Ayvalik. He used all the English that he possessed and kindly invited us for chai. Chai led to dinner, dinner led to dessert and the feast ended around midnight, when Ali’s sister kindly said: “Here to remain”, pointing to the floor. 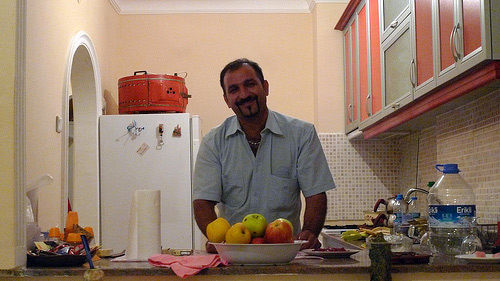 Mustafa was another person that we accepted to stay with. He picked us up on his way home from the airport of Antalya, where he had dropped off his girlfriend. She was from Moscow. He didn’t speak a word of English. Not a single word. He had two Russian girlfriends, the one living in Moscow and another one living in Siberia. He and his brother arranged a small party the night when we got invited. 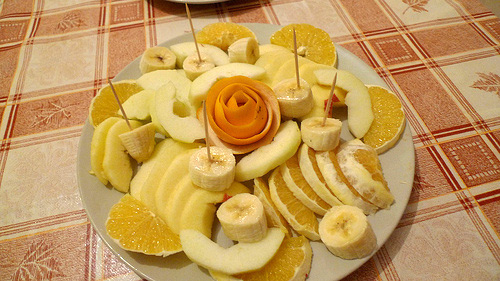 We’ve never seen such beautiful use of orange peel before!

Bargaining in Turkey is a bargain!
Amanda has the skills and experience that you gain after traveling around in Eastern Africa alone. With that being said, we also held the prejudice that it would be wise and useful to bargain in Turkey. However, it seems that it’s really no use at all. The Turks are useless at bargaining. Each time we tried, we succeeded and sometimes much better than intended.

When we visited Cirali we knew we wanted to camp. What we didn’t know was that Aynur, the owner of Sima Peace Pension was one of the coolest characters we would meet during our trip in Turkey. 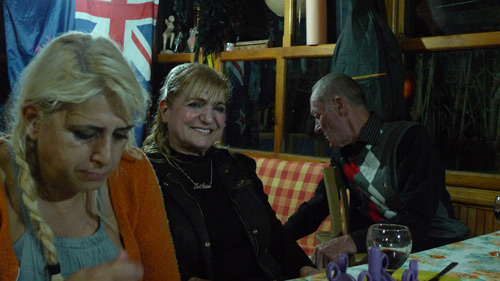 She agreed to an offer we couldn’t resist, it was much better than we had intended. We got to pay a third of her initial price including a private room and half pension! It was incredible, and Aynur proved to better than we could imagine!

In Adana we befriended a young man (who we later found out also was a hotel owner) who let us stay in his hotel – for free! 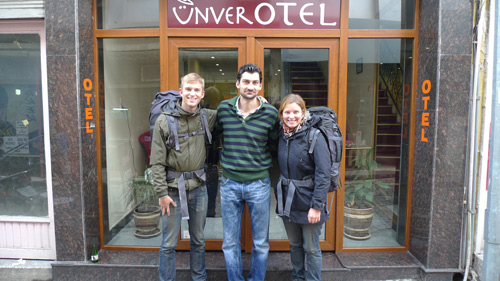 Our room was one of the best ones we’ve ever stayed in. Fresh, newly renovated and nice with clean sheets and a great Turkish breakfast!

So, there you have it!
The best deals are not found in the Lonely Planet, but by talking to people and bargaining!
The Turkish hospitality is something for us to bring along our road, and back home with us. We can’t wait to pick up a hitchhiker or anybody else who need us in any way, and ask them (as Swedes do) if they prefer coffee or coffee. And, as a disclaimer to all of you who aren’t mentioned in this text, please don’t mistrust! We love you and are very grateful for all that you did. This post would get too long if we wrote about everything though… <3 !

How do you practice hospitality in your daily life?

Overcoming the Fear of Technology

Fear is more dangerous than the things we fear. I've had a technical fear for as long as I can...