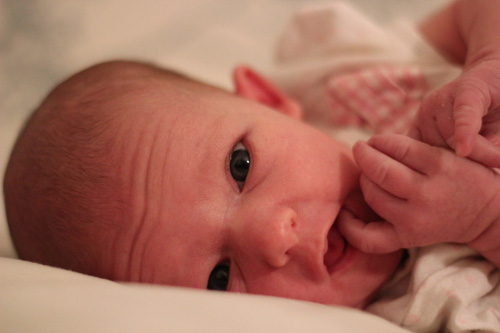 This is Pakistan’s first flash mob – ever!
It took place in Karachi and was arranged by ActOne!
A totally great and energetic experience.
Can you find us? 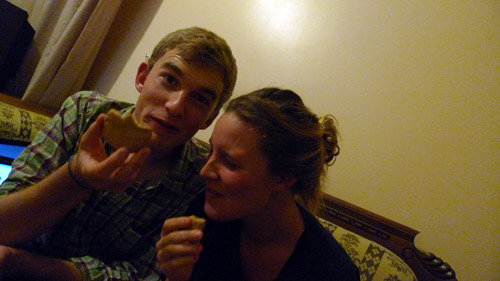 It’s difficult sometimes, the language stuff.
You know, when you say the wrong word and you don’t realize. I used to think I was good at that though. When I was 12 and traveled to Estonia with my mum and she accidentally said “Good Night” when she meant “Thank You”, I thought that was really funny.

It’s even more difficult in countries with less tourism, because you don’t really get any help. I mean, unless people recognize where you’re from, they won’t know anything about your country that you can chat about.

For instance, we often get to hear “Ah, Sweden… Ibrahimovic!” and that means we can start talking football. But in places like Somaliland where the tourism is still a rare exotic happening, it’s different. There, someone screamed after me on the street: “Hello, are you from Korea?”
That’s when you feel it’s time to take it all from the beginning.

Anyhow, I had learnt in Africa to use “Tamam” to say “Good!”.
Since this was one of the very few Arabic words I knew, I went all wild using it. “Your country – TAMAM! And this food, I must say – TAMAM!”
And people always smiled and looked very proud.

When we entered Turkey, I tried to pick it up again. Though the Turks don’t speak Arabic, I heard people using it. A lot. “Tamam, tamam!”
So I did the same. Thought it was useful while hitchhiking.

“Turkey, tamam! And your car, also tamam! You are tamam!”
The only problem was people never really reacted, or if they did, they didn’t exactly look happy. I figured I used the wrong accent.

It wasn’t until weeks later when I found out that “Tamam” means “OK” in Turkey, not “Good”. Imagine what a bomb drop this was for me. Poor drivers, listening to me going like “Wow, your country, it’s OK, it’s alright! Your car is also fine!”

Embarrassing again. Very embarrassing. Hope my smile made it up for them. Remember this story when you hear a word you know from a different country being used. It might help you not sound as stupid. 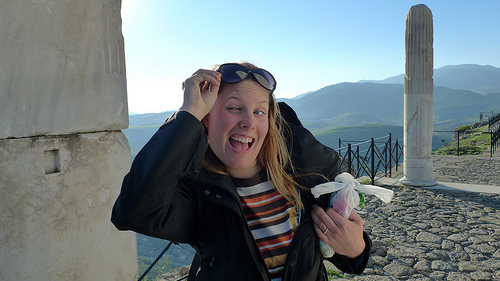 In the moment on writing, I’m eating the most delicious popcorn of the Middle East. It’s quite a big bag, and it was all for free… by mistake.

OK, so we went to the local supermarket in Siirt. All hungry for popcorn. I always am. I had spot the popcorn MACHINE earlier the same day and insisted purposefully on coming with Robin when he was going for some drinks. All I could think of was popcorn.

We entered the supermarket and I walked straight up to the red, shining, beautiful machine with a sign saying “2.75 TL/1 kg”.

“Hi, I’d like some popcorn”, I said, pointing to the fluffy little creatures (I know “creatures” is not the proper definition of popcorn but they seemed so alive), longing to get squeezed between my eager teeth.

The young girl in charge of the popcorns ran away to bring some plastic cups. Like regular drinking cups, holding top 2 deciliters.
“No no no!” I said, “I want more. MORE!”, waving my hands impatiently trying to show that I wanted to buy at least a full bag. It seemed ridiculous to buy like 20 cups! How would I even carry them?

“Here, this is good”, I said and took a plastic bag from the bulk section for nuts and dry fruit. “Fill it up! I want a lot!”
The girl looked a bit insecure, but obeyed my order and started filling the bag.
“More, more!” I inflamed as she was going to stop. “Come on, fill it!”

Robin turned up from behind with his drinks, and I think we saw it exactly at the same time. I was SO embarrassed. The popcorn were not for sale. The machine was there as a sample taste, and the price was meant for buying a 1 kg bag of corns! One free cup per customer, not more. And I had managed to make that poor girl fill a whole bag for me, which I got from a different section in the supermarket!

As we left the store, I felt happy we’re about to leave the country. Sorry I made it harder for future tourists to get free sample tastes in South East Turkey. Really sorry.