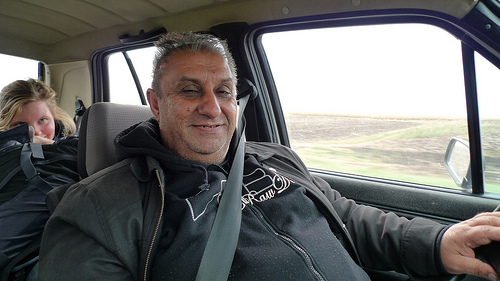 What is good luck?
From a philosophic perspective, you could say that “luck” doesn’t exist. That there are no such things as having good or bad luck. Many people who were impressed as we returned from Pakistan also told us that we had had “a lot of good luck”.

From one point of view, they might have been right. You might consider good luck as when a situation where you are totally out of control still turns out well. Like, you meet a black mamba but it doesn’t bite you, or somebody tries to rob you but you don’t loose any valuables. But more likely is that the mamba doesn’t bite you cause you didn’t freak out enough to offend the animal. Or you’d been smart not to carry any loose money or wear any jewelry worth steeling.

Meaning, it’s not your “good luck” that saves you, it’s a matter of your behavior.
You surely COULD get hit by a car while crossing the road, but most of the times you’d prevent this by looking carefully before crossing.

Yes, we are very lucky that nothing incredibly bad happened to us along our way from Poland to Pakistan, and many other times in life as well. But was it just fate sending us a few hundred amazing people to pick us up as we hitchhiked, or did our attitude and choice of behavior also bring out the best of the people we met?

You are mightier than you might think. You are in position to drive, change and affect what happens to you. Break down negative destiny. Create a new one that suits you. 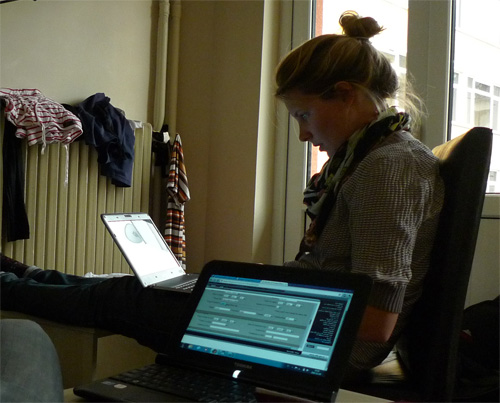 Fear is more dangerous than the things we fear.
I’ve had a technical fear for as long as I can remember. Born in 1990, I grew up with a constantly changing environment.
In 1994, we didn’t have a video player, just a TV with the basic channels. I watched Disney movies only when I went to visit friends. With that being said, the Internet was not even to think of. The Facebook founder Mark Zuckerberg probably played around in his nappy at the time, and Google had 4 more years to birth.

In 1995, my dad brought his work computer home for summer holidays, and let me and my brother play with Paint.
My brother handled the turn-on-and-off part. I never bothered, as I assumed it was very difficult.

In 1996, when I was almost 6 years old, my little sister was born. It took her less than three years to become more technical than me. I always kind of thought I would catch up later, and learn this and that, but I didn’t realize by then how things would change quicker and quicker.

The same year, we got a CD-player. Then in 1997, a freestyle. Then 1999 a fancy old 3310 Nokia cellphone, which the whole family was supposed to share. The first time I used it was on a day trip to a lake nearby our home. I accidentally dropped into the water. My father managed to fix it by blowing it with my mum’s hair dryer.

And then finally, in 2000 we got our first own computer. I wasn’t very interested at first. But as I saw the good use of a basic technical knowledge, I got more and more frightened. I was already far behind, and I hated showing how little I knew about how it all worked. I preferred to pretend I was busy and let somebody else do the work. Until recently.

By the birth of Mangomanjaro.se in 2010, I didn’t know how to add a link, upload a picture, or what an URL was.
And I felt really, really bad about it. I loved the writing, I loved producing material for the site, but I still feared the technical parts. So for the first time, I forced myself to be the one who did it.

Anything you fear, I promise you, there is just one way to get over it. Do it. Just do it.
The most important thing to remember is that you are not stupid because you don’t know HOW to do it. Ask for help! Learn how to use Google. Read books, find information.
I still ask Robin, every day. And believe me, I feel incredibly slow when he does the trick in 3 seconds when I’ve been struggling with it for half an hour. But that’s OK.

Don’t let your fear block you.
I often find myself unable to come up with new ideas since I feel limited by the fear or the lack of knowledge, though when it comes to subjects that I know very well, my ideas just flow. Don’t tell yourself you cannot do it. You will fail. Try instead, and stop blaming yourself or anybody else for it. There are no excuses.

But if you are not interested in gaining a new skill? Well, you don’t have to. All I’m saying is that it’s up to you whether it will keep you down or not. It might not. It is ultimately your choice.
But you’d never read this unless I’d worked on my technical fear.