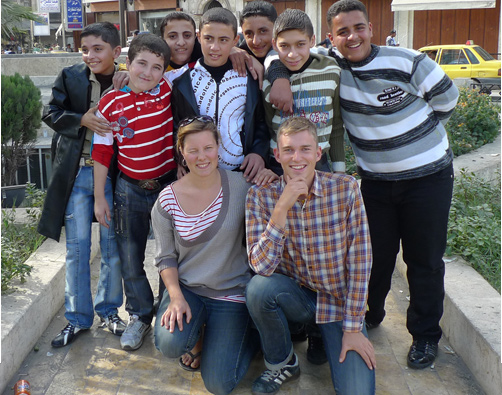 We spent 8 hours on the border from Turkey, and therefore had lots of time to look forward to the Syrian culture.
What we most looked forward to was probably the food.
At the border we had some incredible tasty fresh juice, and afterwards we knew we could spend days being stranded there if we only could have more of that once we got into Syria.

But finally we entered. It was already around 11 pm, and the first thing that happened was that we got a free ride… with a taxi! Imagine how much we loved Syria right from the start…

Syria has one of the highest number of deaths in the traffic per year, and this is quite easy to understand since the driving seems more like a competition than anything else. 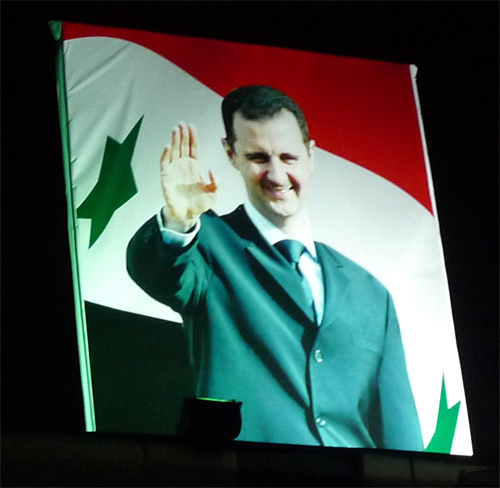 We really enjoyed to finally have entered the Arabic world where we couldn’t read the signs and were all surrounded by desert! Our first knowledge about the country was how much the people loves their president, who is often pictured with his sunglasses on, looking like any other Hollywood star.

Our timing could have been better when it came to arrival; the Muslim holiday Bayram was just about to start and it lasted for four days.
According to the tradition every Muslim eats lamb for Bayram.
During this time, everything closed down, so our first days in the normally boiling city of Aleppo was relatively quiet.
Aleppo is bigger than the capital, Damascus, and has a great atmosphere to offer. We went to see the amazing citadel, and arrived just on time to see hundreds of sheep waiting in line to get killed and eaten. No kidding, the streets got more or less covered in blood. 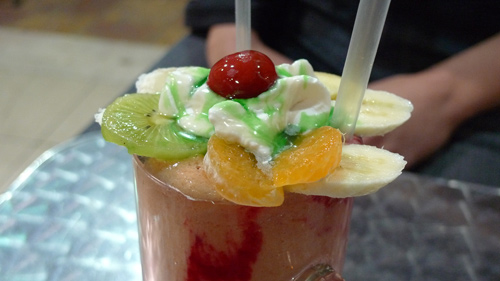 Good thing there was plenty of falafel and more of that delicious juice.
You find a fruit bar in every corner, and they really serve it with style!

During our first days in Syria we heard many people talking about how big the country was on security and secret agents.
We even think we might have met some. Or they were just people who were so interested in us that they really wished to sit nearby in the hotel lobby for hours doing nothing at all and then leave directly after we’d left. Or for instance, they might just be regular citizens asking us all sorts of details about ourselves and than telling us that we shouldn’t tell people we work with a website.

Though we have to say that no matter if they were secret agents or not, people were extraordinary nice to us!

From Aleppo we started hitchhiking towards Damscus. This was really interesting because we realized soon how unfamiliar people are with the concept of hitchhiking. From those who understood what we meant, we got a very positive response, but until we had managed to make ourselves clear, it was a bit hard to get our point cross. 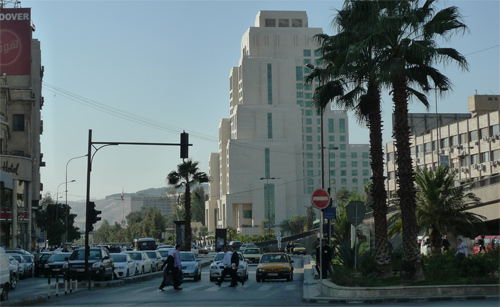 Damascus was very different from Aleppo. It showed a completely different character and style, in some ways more modern and less conservative. We got our next security surprise when we moved into a CouchSurfing host’s home. CS is illegal in Syria, according to our host, because it bring less money to the hotels. He even told us some stories about CouchSurfers who had been spies, employed by the Syrian government. Because of our host, Feras, we had a great time in Damascus. Feras explained to us that he wished to make Damascus every tourists second home, and he really does! 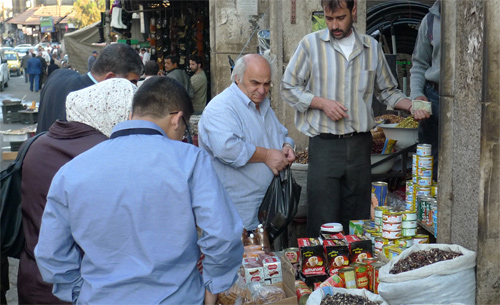 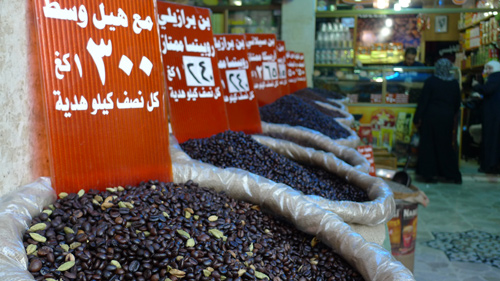 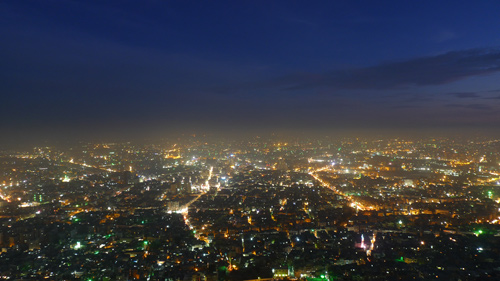 We went around the souk, the handicraft market, the Old Town, the Arabian House, up to the big mountain where you get the most gorgeous view of the city, but most of all we spent time in cafés, drinking tea, smoking shisha and chatting. Damascus attracts loads of students from all over the world who want to pick up the Arabic language, and we had the pleasure to hang out with a few of them. One night we went to a dance class, and two nights we went to the movies.
After a whole week, we felt pretty much like home. A lovely city to visit! 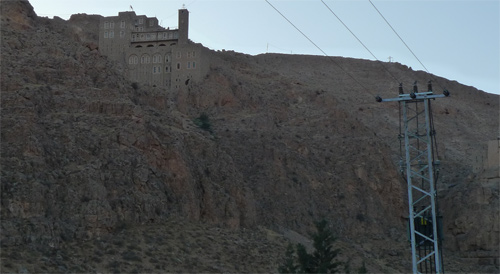 We got the advice and therefore decided to go to Deir Mar Musa, a famous monastery an hour and a half from Damascus.
What’s so amazing about this monastery is especially it’s location. It’s located in the middle of the desert and there is nothing else there. Then once you get out to the right spot, you have a long walk up the stairs. How was it possible to build this?! 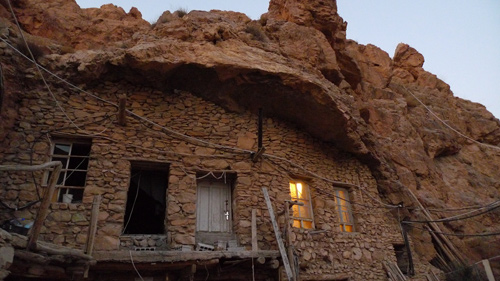 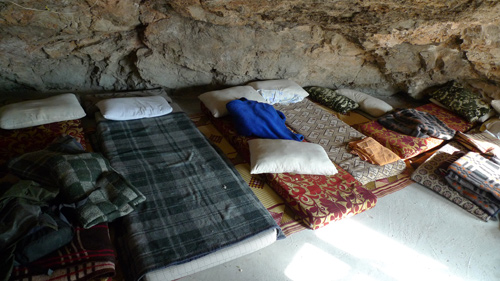 Amanda said that the cave in which Robin slept smelled like bat shit.

We only spent one night in Deir Mar Musa, but had time to take part of meditations and meals.
It is free of charge to go and stay in the monastery (separate dorms for men/women), and the business is based on donations. People come from all over the world. We met for instance a French couple who had walked there – from Italy! 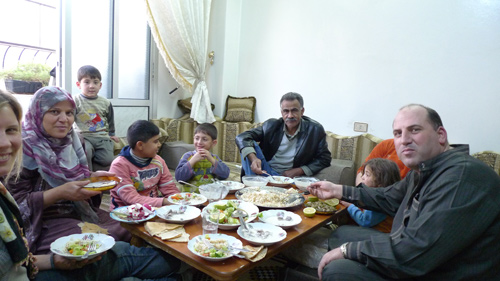 As we had gotten back to Damascus to head to Jordan, we got picked up by some local police men. One of them wanted to invite us to his home, so we ended up spending one more night in Damascus. It was a lovely time with him and his family who served us a great dinner! Thank you, friends!

Thank you all for making Syria an unforgettable experience!