Dreaming of traveling is a big part of traveling itself.
When I was 13 years old, I read Desert Flower, the famous true story told by Waris Dirie, and that made me dream about going to Somalia. 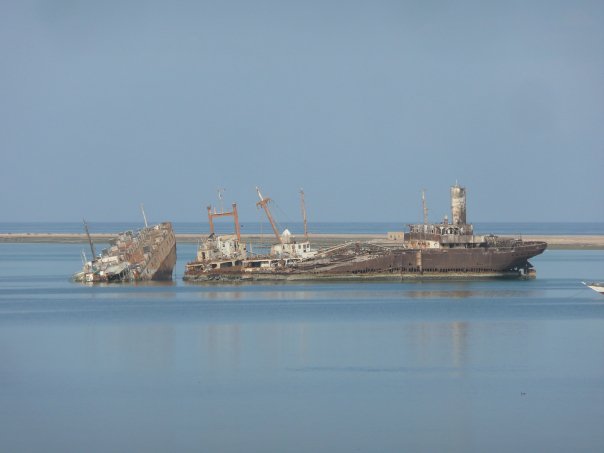 Ship gone down outside the city of Berbera

Waris Dirie grew up in a nomad family in Somalia, but ran as a 12 year old away from her father who wanted her to marry a 60 year old man. Years later she became a world-famous model, as well as a human rights activist, especially known for working against female circumcision.

I read her book, and wanted to go to Somalia. So badly. I told my mum about my plans. She looked at me and stroke my cheek.
“Going to Somalia is impossible these days”, she said.

This episode didn’t exactly make me less curious about the unreachable place far, far away.
Therefore I had a VERY big smile upon my lips, as I five years later, celebrated Christmas in- guess where- SOMALIA.

Well, to be fair, I didn’t really go to Somalia-where-you-cannot-go, I went to the northern province, SOMALILAND, where you’re more than welcome, but that most people still don’t know about. Somaliland has it’s own well working government, but is still unrecognized by any state and organization in the world. Going overland from northwestern Ethiopia, I entered Somaliland on Africa’s east coast, a hot, dry, colorful desert country with absolutely unbeatable mangoes, something that has inspired the name of this site!

I had a wonderful time in Somaliland, where I sometimes had to travel with an armed guard and a permission from the local police. This was, however, as close as I could get to the origin of Waris Diries amazing stories, and believe me, she was right talking about her people and her country!
Some of the most friendly people I ever met, I met in Somaliland. 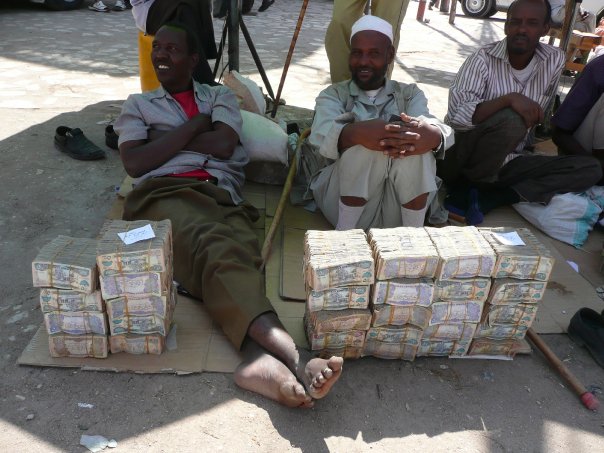 Money exchange in Hargeisa, the capital of Somaliland

At one point, me and a Canadian friend who I traveled with at the time, decided to go to the city of Burao- a place where we didn’t actually have an official permission to, but talking to local optimists, we felt like it could not possibly be a problem. So, off we went, all the long way from Berbera on the coast, to Burao, and as most trips in this region, it takes you half day before you even leave, waiting to fill the “shared taxi”, a sort of hitchhiking organized in town.
We got through the first checkpoint without any issues, and thought we were safe. The driver went on- I reckon we passed 10 or 15 checkpoints without anybody even asking for our passports.

But then there was one very last point to pass.
We had traveled in the heat of Somaliland’s desert all day, way too many people packed in the same car. We were all tired, but hopeful now, as we could finally see Burao from a distance.
The policeman by the checkpoint asked me and my friend to show our passports. We did. He asked to see our permission. We pretended we had no idea what he was talking about.

With our hearts beating like jungle drums, we saw this giant man taking our passports and disappearing on us. Somewhere, behind huge walls surrounded by barbed wire and kept by 20 or 30 soldiers, our beloved passports went. I started thinking about how I would tell my grandmother about my life in a Somalian jail house. Started to make up stories. Some of them came to sound really good. Really rough.

A few minutes passed. And then another few minutes. I guess I could say that this was, well- exciting.

Then finally, as I had just prepared myself for my new life and nearly accepted that I wouldn’t spend my 20th birthday in freedom, out came the same officer. I kind of thought he looked even bigger now, that I had realized how powerless I probably was.
To our surprise, he didn’t look mad. Actually, he didn’t even look angry anymore. In fact, his enormous face broke out in a fantastic smile, that I shall never forget.
“You come!” he commanded us, and I would say we looked quite confused, as we crawled out of the hyper-packed so called taxi.

He brought us through the gate, all the officers now greeted us and wanted to shake our hands. Some of them even mistook me for their sister, some called my travel mate their “brother”. Very friendly soldiers.

We got through the gate, and a whole new world opened in there. After all, it was Christmas, so what should one expect?
In front of us we found a big round table, filled with stuff to eat and drink. Around the table sat 10 or 15 men, in nice shirts , some of them wearing a tie, but still mostly dressed in traditional Somalian clothes. One of the men stood up, opened up his arms and said in unmistakable Norwegian:
“Are you Swedish? I saw your passport! Welcome, Scandinavian friend, welcome!”

This was Eskil, Somaliland’s minister of agriculture, and he’s friends around the table were all ministers of Somaliland’s government. Oh, what a Christmas gift! They asked us to sit down and share their food, and they all wanted to hear stories about our trip through their non-existing country. We got to stay at their hotel over the night, in the easily nicest room I ever slept in all through Africa, and the next day they arranged a trip for us to town with their own private guard. No Somalian jail. No hostage-drama. No phone calls to grandma, just a postcard telling stories about the only non-existing-country’s government that have ever invited my for Christmas dinner… so far, that is!

When you pick a country that you wish to visit- don’t forget about the non-existing ones!
/Amanda

3 thoughts on “Somaliland- a non-existing country”

A brave gathering of dancers performed the Chicken Dance in Visby last Saturday. It was very fun and nice to...